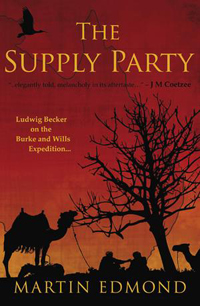 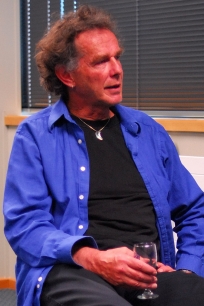 http://books.google.com
The Burke and Wills expedition of 1860 was one of the best equipped expeditions of the Victorian era but it was doomed to a terrible fate. Much has been written about the leaders of this expedition but what do we know of other members of the party?

In THE SUPPLY PARTY author Martin Edmond takes the reader on a physical trek and intellectual quest across outback Australia to unravel the life and search for the grave of Ludwig Becker; the official artist and naturalist on the Burke and Wills expedition. At 52 Becker was the oldest member of the Burke and Wills party. Born in Germany, he'd already lived an extraordinary life before joining the ill-fated explorers. He had illustrated books for zoologist Johann Jakob Kaup; learned lithography from Peter Vogel; was court painter for the Archduke Ludwig III of Hesse-Darmstadt; and, controversially, a member of the radical political group Gesellschaft fur Menschenrechte (Society for Human Rights). A collector and a dilettante, Becker at various times owned a first edition of Luther's speeches (1556), original artworks by Rembrandt, Raphael, Cranach and van Dyck and the death mask of Shakespeare.

Far from the parlours of Europe's intelligentsia, Becker now found himself malnourished, bullied by Burke, harried by Aborigines and horribly injured by one of the expedition's badly trained camels; and yet he continued to fulfil his duties of keeping the expedition diary, surveying the environment, gathering zoological specimens and sketching and painting. Ludwig Becker's legacy is a diary of one of the world's most famous adventures and 60 luminous artworks that depict this new and foreign environment with sympathy and eloquence.

Martin Edmond's journey in the footsteps of Becker allows a fascinating glimpse into Becker's character and the nature of intellectual curiosity and artistic enterprise both then and now. This fascinating mix of the historical serendipitous, biographical and speculative makes an intriguing quest memoir.