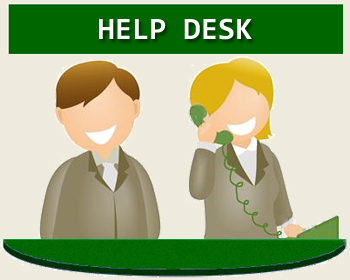 Burke & Wills Web contains information relating to the Victorian Exploring Expedition of 1860-1, a lot of information, and most of it is text, so this isn't a website packed with multimedia clips like YouTube. It can be difficult to find the information you need, particularly if you are unfamiliar with the Expedition, its chronology and structure. The following user guide should help you to navigate around this website.

Remember, Burke & Wills Web only contains records in the public domain. A large proportion of the archive material is still copyright and is held in various archives and cannot be reproduced here.

Overview
The section Brief_History has an easy introduction to the Expedition in 17 chapters, (which can be downloaded). If you are looking for a general one-page summary on the Expedition that will answer all your questions and which you can cut-and-paste into your school project, go here :-)

The menu item Exploration_Committee has pages on colonial governments in New_South_Wales, Queensland and South_Australia, the Imperial_British_government in Westminster and also pages on the Premiers and Governors of Victoria in 1860.

The Exploration_Committee produced seven Progress_Reports (which can be downloaded), and the Expedition also featured in the President's Address to the Royal Society in 1860, 1861, 1862, 1863 and 1864.

Organising the Expedition
The officers applied for their positions and recieved written instructions. The 19_men initially employed signed a contract, but during the course of the Expedition a total of 33 men were employed. An overview of who was employed is here as well as a link to a list of names of all men who applied to join the Expedition.

The government storekeeper issued the stores: provisions, stores, medicines, services, horses and forage. The Expedition also had camels specially imported from India: the section on camels contains information on camel_biology the introduction of camels into Australia, the Expedition's camels and their sepoy handlers.

Running the Expedition
The Expedition departed Melbourne on the 20th August 1860. Burke sent back telegrams and despatches frequently in the early stages when he had access to the mail service. These despatches contained the reports of the scientific officers - Wills' surveyors reports and Becker's botanical reports, as well as Landells' resignation and Beckler's resignation. Wills also wrote letters to friends and family. Burke didn't keep a diary, but he wrote in a note-book. Wills wrote a daily journal.

Burke divided the Expedition at Menindee, leaving the Supply Party behind in charge of Wright. He divided the party again at Cooper Creek and left the Depot Party in the charge of Brahe. Brahe waited at the Depot for four months, then, thinking Burke was not returning, he buried a note at the Dig Tree and returned to Melbourne.

Relief Expeditions
When Burke was reported missing, the Exploration Committee organised the Victorian_Contingent_Party under Howitt. The party's surveyor, Welch, records in his diary how he found the one survivor, King. King's Narrative of the Expedition was recorded by Howitt, whose diary covers the two month period he was at the Cooper in 1861. He was sent back to the Cooper in late 1861 through 1862, but his diary was not published.

Other Relief Expeditions
Victoria also sent their only warship, the HCMS Victoria round to the Gulf of Carpentaria under Commander_Norman to transport and support Landsborough and the Queensland_Relief_Expedition. Landsborough's diary describes his search for Burke on the Barkly Tableland and correspondence with Norman, before returning though Queensland to Melbourne.

Victoria also sent an overland party, the Victorian_Relief_Expedition, to the Gulf of Carpentaria under Walker, who discovered Burke's tracks. His diary records his search for Burke on the Flinders River.

South Australia sent the South_Australian_Burke_Relief_Expedition under McKinlay to travel to Cooper Creek and then to the Gulf of Carpentaria. His diary covers the journey from Adelaide to Bowen, (McKinlay becoming the second man to cross Australia from south to north, several months ahead of John McDouall Stuart). One of McKinlay's party, Davis, also kept a diary which was later published.

Commission of Enquiry
The government set up a Commission_of_Enquiry into the deaths of Burke and Wills (which can be downloaded). Evidence was given by 13 witnesses and the Commission reported in January 1862. Additional evidence included Wright's diary and Brahe's diary.

Funeral and Memorials
Altogether seven men died on the Expedition. Victoria held it's first State Funeral and memorials were erected in the Victorian towns of Castlemaine, Bendigo, Ballarat, Swan Hill, Melbourne and Fryerstown. Later monuments were erected in other sites in Victoria, New South Wales, South Australia and Queensland. A number of those sites now have Heritage Protection.

Further Research
The records of the Expedition are stored in a number of archives. There are Finding Aids to help you locate material stored at the National Library of Australia as manuscripts or microfilms, the State Library of Victoria manuscripts, the Royal Botanical Gardens manuscripts and the Royal Society of Victoria manuscripts. To help you locate further information, there are links to libraries as well as links to historical societies, including The Burke_&_Wills_Historical_Society. Don't forget you can download much of the information for browsing offline.

The small print ... Burke & Wills Web has a Disclaimer which you should read and agree to before using the website. The content on this web-space is licensed under the terms of an 'Attribution-Non-Commercial-ShareAlike' Creative_Commons_4.0_International_License. You are free to use most of the content on this web-space for your own research, but if you reproduce anything, please do the right thing and credit Burke & Wills Web. There is a Privacy_Statement for those of you concerned about revealing your browsing history. There is also a Reconciliation_Statement which reminds users that Aboriginal people inhabited Australia for tens of thousands of years before Burke and Wills happened to discover it. There is also a challenge for those who decide to use the comfort of 21st century values to pass judgment on the achievements of those who went before us. And finally there is a contact_page for your feedback and suggestions.