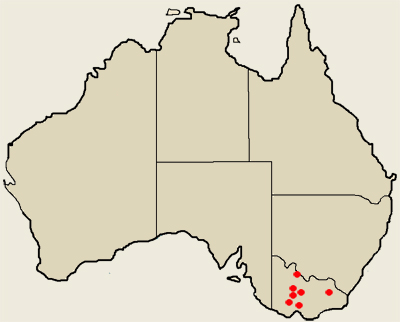 The Victorian Government commissioned a monument to be erected in Melbourne to commemorate Burke and Wills. Each of the provincial towns that felt it had a connection to Burke and/or Wills decided to erect a memorial in order to commemorate the explorers, Geelong was the largest provincial town that failed to participate.

There was a degree of provincial rivalry with towns claiming closer links with either of the explorers and taking different approaches to commemorating King, Gray and Becker.

Castlemaine was the first to act, initially wanting to bury Burke at the Castlemaine cemetery. The citizens raised £450 from public subscription and donations and a foundation stone was laid on 1st July 1862 - a year after the death of Burke and a day declared a public holiday by the Castlemaine Municipal Council.

The granite obelisk was completed in July 1863, but not before the workers of Castlemaine and Fryers Creek had threatened to erect a taller monument commemorating Charlie Gray, if Gray's name was not included on the original memorial.

The local inhabitants of the gold town of Fryerstown held a meeting on the 25th November 1861 and decided to build a memorial to Burke and Wills. The residents of Castlemaine, (six miles away) were outraged that the money would not be contributed towards their memorial. £300 was raised and the foundation stone laid in mid 1863. The Mechanics Institute opened in late 1863.

Bendigo erected a monument mainly through the efforts of Thomas Pope Besnard, a childhood friend of Burke's and sexton of the local Back Creek Cemetery. He pushed to raise the money for a monument through public subscription - every one was asked to pay a shilling - no person could pay more and therefore no body could claim to have given more than anybody else.

Besnard selected a site for the monument in the cemetery which was on a grass knoll well clear of any other graves. It was to be landscaped and have path and garden beds that provided dignified access. Stawell inspected and approved the site. (In 1940 the land around the memorial was sold off as grave sites and the paths and garden beds disappeared and now graves crowd right up to the base of the monument). The foundation block was laid on the 20th August 1862 - exactly two years after the Expedition left Melbourne. The council declared a half-day holiday and a procession left the Town Hall and marched to the cemetery. Charles Burrows, Chairman of the Municipality of Bendigo, laid the foundation stone.

The address he gave, along with the diaries of members of the expedition, the Sandhurst Almanac, the Bendigo Advertiser, the Bendigo Independent Evening News, photographs of the deceased, photographs of Public Buildings in Bendigo, a Sydney half sovereign and all the silver coins of the Realm were wrapped in a Union Jack and placed in a niche in the foundation stone.

It was another 15 months before the column was erected on the foundation stone and Besnard openly criticised the Memorial Committee for their lack of action.

The Bendigo Advertiser was disappointed at the location of the monument preferring a more central location and in 1893 an attempt was made to move the monument to Rosalind Park. On the 19th May 1893, Mr Minto, the City Surveyor reported that it would cost £25. Nothing became of this attempted move, but there have been three further attempts at moving the memorial.

In December 1861, the Eastern and Western Ballarat Councils met to discuss a memorial to the explorers. The architect Canute Andersen proposed a lavish clock tower worth £1000. By June 1862 they had only raised £79 and by the end of 1862 the fund stood at £370. Sir Henry Barkly was invited to lay the foundation stone at the corner of Sturt and Lydiard Streets and then the councils ran into debt and the ugly bluestone foundation remained unfinished.

In March 1866, the Western Municipal Council decided to complete the monument. Another foundation stone was laid in June 1867 and the fountain was finished by the end of the year. The original inscriptions only included those who had died and no reference was made to King. His inscription was added after his death.