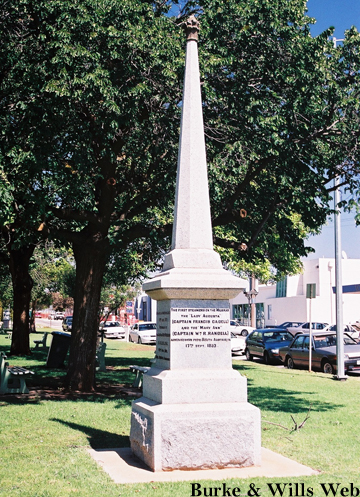 Superintendent Foster recommended Charles Grey to Burke when they lunched at the Lower Murray Inn at Swan Hill. Upon the explorers' death, Foster formed a committee to raise money for a memorial. Foster absconded with the proceeds and a small monument was erected which later fell down.

The Explorers Memorial was unveiled on 27 October 1914 by Lord Forrest to commemorate several expeditions which had passed through the region.