In 1862, Dr William Wills (the explorers' father) released this book which was based on Wills' journal and letters. It was critical of Burke, Brahe, Wright and the Exploration Committee. The book reached Australia in January 1863. 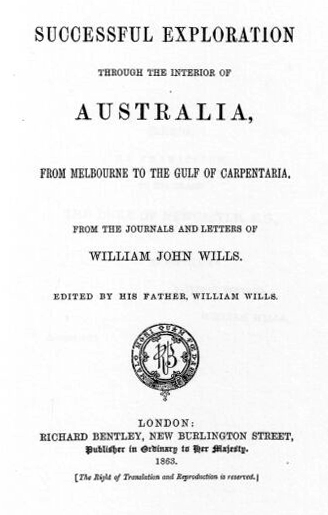