The latest DigitalGlobe 2007 satellite imagery for Australia has sections of the continent mapped at 2.44 metres per pixel. This is taken by the QuickBird II satallite and is the highest resolution civilian multi-spectral imagery currently available. Check out this image of Burke and Wills Bridge on Cooper Creek...... 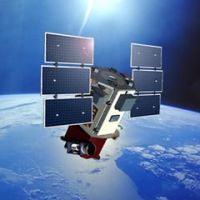 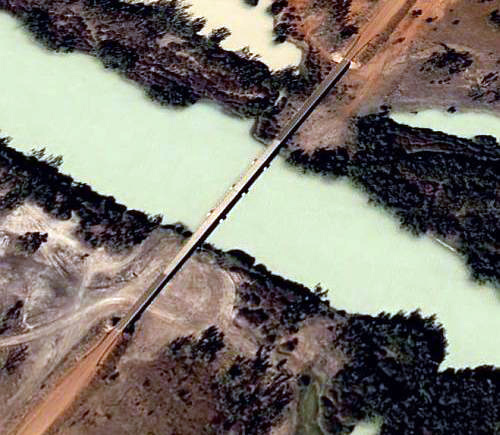 The imagery is captured by the QuickBird 2 satellite which orbits the earth at an altitude of 450km and collects imagery covering one million square kilometers each week.

Click on the .kmz placemarks to go to the locations using Google Earth.
(Note: Only locations with DigitalGlobe 2.44 metre-per-pixel coverage are included. New locations will be added as the imagery on Google Earth is upgraded.)