Neumayer was born in in Kirchheimbolanden, the capital of Donnersbergkreis,
in Rhineland-Palatinate, south-western Germany.

Magnetician, hydrographer, oceanographer, meteorologist and Director of the Melbourne Observatory.

Born in Bavaria, Germany in 1826, von Neumeyer was a Bavarian Ship's Officer who had obtained his doctorate at Munich in 1849. He first arrived in Melbourne in 1852. Convinced of the importance of meteorology, he returned to Europe in 1854 and obtained the instruments necessary to establish an observatory in Melbourne. Initially working as a private citizen, he established a number of observing stations throughout Victoria, mainly at lighthouses.

Neumayer set up the Flagstaff Observatory, Melbourne in 1858, employing Wills as a surveyor. He completed a detailed magnetic survey of Victoria 1858-1864 and in 1859 he was appointed as Government Astronomer. Neumayer was as councilor of the Royal Society in 1859 and vice-president in 1860. He played a leading role in the early scientific life of Melbourne before returning again to Europe in 1863. He died at Neustadt in 1909Was the director of the Observatory in Melbourne and Wills' boss.

He joined the VEE in Swan Hill to complete his magnetic survey of Victoria and travelled with the party as far as the Darling at Bilbarka.

Where Neumayer went on the expedition 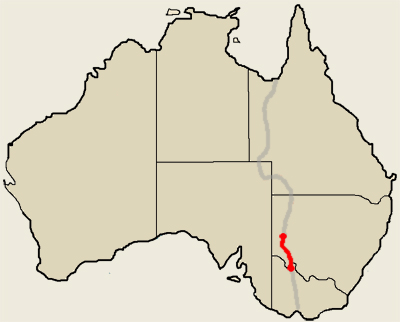