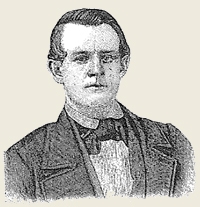 Ferguson was born in Ohio in 1832. When he was 18 he went to the California gold-fields, where he spent two years. He arrived in Sydney in July 1852 aboard the Don Juan from San Fransisco, then sailed on the Shusan to Melbourne. He spent time on the diggings at Ballarat, Ovens, Bendigo, Beechworth and McIvor.

Ferguson sued the Exploration Committee for wrongful dismissal and was awarded £183 damages.

He left Australia in 1883 and returned to the States. He died on 5 February 1925 in Chico, California.

• Experiences of a forty-niner in Australia and New Zealand.
(Also titled: Experiences of a forty-niner during thirty-four years' residence in California and Australia: Selections).
Charles D Ferguson; introduction by E Daniel Potts and Annette Potts; line drawings by Ninon Phillips
Melbourne: Gaston Renard Publisher, 1979.
xxvi,180p. : ill. ; 22cm. ISBN 0959989943: Limited edition of 450 numbered copies. Reprint of chapters 16 to 27, and parts of chapters 28 and 31, from the author's Experiences of a Forty-niner during thirty years' residence in California and Australia, 1888 ed.

Where Ferguson went on the expedition 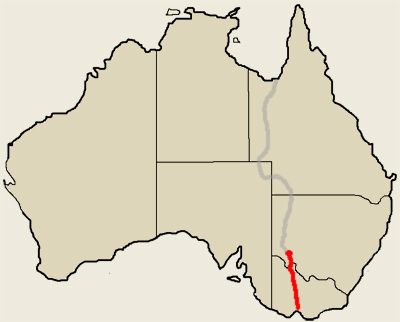