John King never mentioned that he had kept a diary on the expedition. The National Library of Australia purchased a fragmented manuscript in 1936 which was attributed to King. It was transcribed and a typescript copy was made in 1962. Dr Thomas John Bergin reassesed the order of the typescript copy in 1982.

The following is an extract from:

Courage and Corruption:
An analysis of the Burke and Wills Expedition and of the subsequent Royal Commission of Enquiry
Thomas John Bergin BSc(Hons), BVSc, MA, being a thesis submitted for the degree of Masters of Arts with Honours at the University of New England (Armidale) in 1982.

This extract is pp. 231-250, Appendix A: The Diary of John King and relates to a manuscript held at MS30/11 (mfm3748) in the National Library of Australia in Canberra. This revised view of the manuscript has never before been published.

The Diary of John King.

The National Library of Australia has in its possession a manuscript indexed as Portion of the Diary of John King, Burke and Wills Expedition. Whilst there has been no published dispute to this claim there appears to have been no attempt made to establish its authenticity nor any use made of its source material.

The Manuscript and Typescript Copies.

The manuscript measures six inches by four inches and consists of 24 leaves, four of which are detached, and it has no covers. The writing is in faded pencil, and the style is cramped by the size and nature of the manuscript.

The first three pages are numbered and are on two loose leaves, followed by a break in the script indicating the loss of a number of leaves. The subsequent pages are headed alphabetically 'a' to 's', followed by a page with no heading, followed by one headed 'T' followed by ten pages of script without headings, ending with five blank pages. A typescript copy of the manuscript entitled 'Typescript B', was made in 1962 to replace an earlier copy.

History and Authenticity of the Manuscript.

There were no contemporary records of John King having kept a diary. Further, although King had ample opportunity to mention a diary during the Enquiry he did not do so, despite the fact that he was questioned on the diary keeping practices of Burke and Wills. He did mention a pocketbook given to him by Burke shortly before his death, and which contained 'some notes'.

No further, record of either of these documents is available until in 1909 they were acquired by the Commonwealth National Library, along with a number of other papers relating to the expedition including Wills' last field book. The source of these items was not recorded but since Burke's notebook had definitely been given to Sir William, it and the other documents quite possibly were retained by the Stawell family. In all events, the fact that King's notebook was acquired along with these verified items supports the idea that the notebook is authentic. Further, amongst the material are King's army papers and pay book.

The incidents described in the manuscript are all consistent with those recorded by Burke and Wills, for example King described an incident which he stated occurred on New Years Day 1861, an aggressive display by a group of Aborigines, which was briefly mentioned in Burke's notebook also as occurring on that date.

Further evidence of authenticity is the correct description of terrain which was not mentioned by either of the other survivors, for example the country‑side a day's march north of the Diamantina and the country between Swift's Range and the Selwyn Ranges.

In summary, the manuscript appears to be authentic, and may have been in the possession of the family of Sir William Stawell until 1909, when it was acquired with other documents from the expedition by the National Library of Australia.

The sequence of pages as given in 'Typescript B' is not consistent with the actual sequence of events. For example the passage referring to New Years Day 1861 is preceded by passages referring to the crossing of the ranges, an event which occurred a month later.

This confusion in the sequence appears to have been caused by the detachment of a number of leaves and their replacement in the wrong order, and on one occasion by King losing his place and beginning to duplicate two pages.

By re‑arranging the page sequence on the basis of dates given in the text, of text continuity and of comparison with the other diaries and maps, it is possible to derive the original sequence of text; and this sequence, with annotations follows.

Page 1a. (Not numbered). Writing indecipherable, page bears the printed number '51', a date and the stamp of the Commonwealth National Library.

Page 1b. (1). This reference to Brahe's appointment and shaking hands with the depot team fixes the date and place as 16 December 1860 at Camp 65 on Cooper Creek.

Page 2b. (3). The text follows 2a and refers to 16 December 1860. This is followed by a break in the text indicating that one or more leaves are missing.

Page 3b. (b). The creek which they traced for three days instead of making for Eyre's Creek must have been the Diamantina River since it is the only water between Cooper Creek and Eyre's Creek. Wills recorded that they struck it on Christmas Day 1860, so that the above, written on the third day on tracing the creek would refer to the 27 of December, and '4 day' would refer to the 28 of December.

Page 4a. (c). The numerals would represent the 28, 29 and 30th of December 1860. Wills and Burke both recorded the date of departure from the Diamantina across the desert as the 30th, not the 29th as King describes.

Page 4b. (d). The text follows 4a and the (31st) was 31st December 1860. No page remains with text following the end of this page, suggesting that another leaf is missing.

Page 5a. (e). The reference to the want of water and two buckets per day suggests that they were in the stony waterless country north of the Diamantina, i.e.; that this is referring to 31st December still.

Page 5b. (f). The text follows 5a and the change of direction to the east is shown on their map as having occurred just prior to camp LXXX, i.e. on 31st December 1860.

Page 6a. (g). Text follows 5b, particularly the reference to three days without water.

Page 7a. [Not numbered]. This page duplicates in part the information on page 6b, suggesting that initially King could not find 6b, but did so after completing 7a.

Page 12a. [Not numbered]. The text follows 11b as does the date (2nd January). The numeral 3 appears to refer to the next day's date, 3 January.

Page 13a. 1Not numbered]. Text follows 12b, and concurs with Wills' entry for 5 January.

Page 13b. [Not numbered]. Text follows 13a and the Numeral 6 refers to 6 January, and the entry is consistent with Wills' entry for that date.

Page 16b. [Not numbered]. Text follows 16a. The remainder of the page is blank, and the diary contains no further references to the journey to the Gulf.

Page 17b. [Not numbered]. This, dated 23rd October, was obviously written by King after his rescue by Howitt's party on 15th September, 1861.

Page 18a. [Not numbered]. This must have been written after King's rescue, as this was the first opportunity he would have had to discover that Wright and Brahe had met up.

The manuscript in the National Library of Australia would appear to be a notebook kept by John King. It contains details of the journey from Cooper Creek to the Selwyn Ranges, and some brief notes written after his rescue. 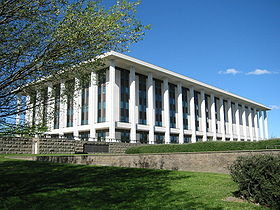 Guide to the Papers at NLA:MS 30