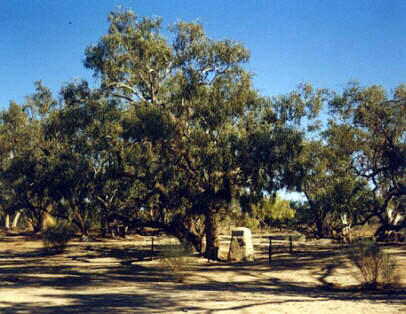 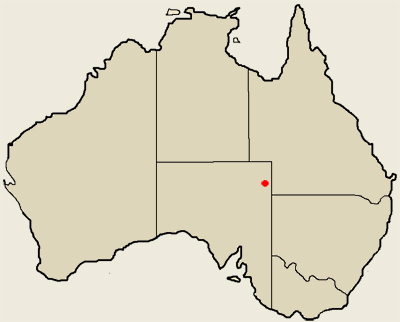 Burke and King left Wills at Breerily Waterhole and headed upstream to look for the aborigines. At Yidniminkie Waterhole Burke collapsed and died the next morning around 8 am. King left Burke and returned back down the creek. Two and a half months later, King led Howitt to the body and it was buried under a box tree which Howitt blazed :

Although McKinlay doesn't mention it in his journal, he also blazed the tree when he visited the area in December 1861. The blaze can be seen in De Mole's 1893 drawing, which clearly shows the conjoined MK, but also some additional words, which could have been the date, 7th December 1861 , or the instructions DIG, as McKinlay buried a note at the tree giving details of the fate of Burke and Wills, should any of the rescue parties pass by that way. The note read :

One of the earliest records of the Burke Tree, as it was known, was done in 1893 by Miss F E DeMole. DeMole was a naturalist and artist who toured western Queensland and South Australia during the 1890's sketching plants and features of interest.

Herbert Kenny, the manager of Innamincka Station erected a fence of wooden hurdles around the tree in 1885 and later, Sir Sidney Kidman erected a sturdier fence of wagon axles and wire.

The cairn was erected on the 14th August 1939 under the direction of Kidman Pastoral Company by the manager of Innamincka Station, Mr E Spencer. The Broken Hill Barrier Field Naturalists Club provided the plaque. The exact date of Burke's death could not be ascertained so the inscription shows the date which has generally accepted, the 28th June 1861. Burke and King they didn't leave Wills until the 28th or 29th June and Burke survived through the night of the second day, so probably died on 30th June or 1st July 1861. 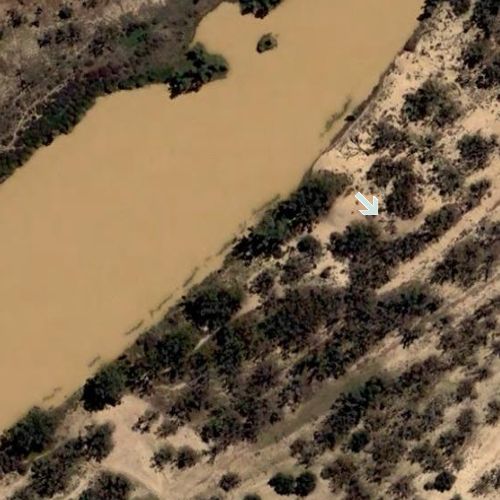 Google Earth is a free program which can downloaded HERE.