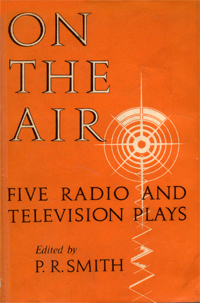 The play 'Burke and Wills' is written in free verse, with the main narrative passages by King in more formal and rhythmic lines. The story of the terrible journey of Burke and Wills and its fearful end is well known and contains all the tragic drama and suspense that a playwright could wish for. The fascination of the events lies in the fateful and almost unbelievable near misses that dogged the expedition - Brahe's departure after waiting for three months, only nine hours too soon; Gray;s death and the day lost burying him; the failure of Brahe and Wright, when they returned, to see any signs of occupation or to re-open the cache at the depot; Burke's decision to reach Mount Hopeless instead of following the old route to the Darling. If any of these things had not happened the party might have been saved. Often they were on the verge of rescue when fortune turned against them. The characters too - the weak and shiftless Wright, headstrong Burke, gentle Wills, loyal King, anxious Brahe - provide variety and contrast fitting for the story in which they take part.

• It was first performed at the Adelaide Drama Festival, 1949.
• Broadcast on radio by the Australian Broadcasting Commission on 28 February 1949.
• Selections were published in The Golden Lighting, Jindyworobak, 1953.
• It was published in On The Air: Five Radio and Television Plays, Sydney: Angus & Robertson, 1959.
• It was published in Colin Thiele's Selected Verse, Adelaide: Rigby, 1970.

At the 1949 performance at the Adelaide Drama Festival the cast was:

The silence is strange when the voices eddy and fade
And I am the only speaker. Enclosed in a continent,
My voice and its echo is smothered in relays of stillness,
And the value of life is lost in its ponderous space.
Yet my pencil may speak, and its voice is unstifled and free
To penetrate Time-the thick cloud of years
And the long, keen barrage of seconds. And so my journal may hold
A scrap of myself, poised here on the brink of tomorrow,
When a second is age, and an hour immeasurably old.

Today the sky was clear, with a sprig of cirrus
Low in the evening west, and the south-west breeze
Scarcely a coolibah's sigh. I bathed my feet
In the still pools of warmth where the sunlight seeped
Deep in the afternoon sand, and I saw the sky
Flare with its molten-glow.

Today I grow weaker. My pulse is at forty-eight
And taps like a starving beggar beneath the skin;
I have just the strength to record that a starving man
Meets death with easefulness. I am glad at least
Of my open bed, with the heavens before my eyes
And the sky that is friend to me . I think today
There again lives a boy whose dreams are the wakes of the stars
And who sleeps with the moon in his pocket-
Sleeps and dreams . Dreams of continents crossed,
Of happiness held, and secrets prised from a strange new earth;
Of the hot, cruel ridges in a sullen land
Striding unslaked over its thin, dead streams.
Of the eddy and swirl of aeon-polished sand
Veiling my body that is drifting into dreams.

And yet in a nation no-one knows, it seems,
Of my shrunken body drifting into dreams.