The Exploration Committee of the Royal Society of Victoria had farewelled the Victorian Exploring Expedition in August 1860. Burke and the scientific officers had sent dispatches and telegrams from various towns along the way as far as Menindee and then Burke sent a final dispatch from Torowoto on the 29th October 1860. This dispatch announced that Burke had split the party at Menindee and was intending to form a depot at Cooper Creek. It also showed he had appointed Wright as third-in-command and intended Wright to follow him up as soon as possible.

By the middle of June 1861 the lack of correspondence from the expedition had the Melbourne press rife with speculation about the fate of the VEE. The Exploration Committee decided to send Alfred Howitt with three men out to find news of the VEE and offer assistance if so required. Howitt left Melbourne on the 26th June 1861 and headed for Swan Hill. At the Durham Ox Inn on the Loddon he met William Brahe, who was heading into Melbourne with the news that the Depot Camp had been abandoned, Wright was back in Menindee and Burke had taken off to the Gulf some six months ago and hadn't been heard of since.

Howitt returned to Melbourne and the Exploration Committee decided to strengthen his party into a more substantial "Victorian Relief Expedition". This party of fourteen men left Menindee on the 14th August, included in the fourteen men were William Brahe, who had commanded the Depot Party, McDonough, who had been at the Depot with Brahe and Hodgkinson, the man who had ridden to Melbourne over Christmas to get the extra money for Wright's supplies. They reached the Cooper on 8th September and arrived at the Dig Tree on the 11th September. It appeared just as Brahe had left it on the 8th May so Howitt decided not to dig up the cache.

On the 15th September 1861, Edwin Welch, the relief party's surveyor, was riding along when he saw Aboriginals on the opposite bank of the creek. They were shouting and gesticulating wildly and Welch rode over towards them. They scattered in all directions, leaving one man behind, covered in scarecrow rags and a part of a hat. Welch wrote :

They had found John King, the last remaining man of the party of four that had been the first to cross the continent. The Yandruwandha had taken pity on King and allowed him to live with them. They had fed him and cared for him, showing him how to construct a gunyah and a breakwind. In return, King had shot crows and administered basic first aid to the tribes people.

King was so weak that Howitt thought he might not survive more than a couple of days. King explained what had happened since they left Brahe nine months before. Howitt then went down the Cooper, finding Wills in the gunyah as King had described. Wills' skull was missing, although his lower jaw was intact with pieces of his beard still attached. Howitt read verse XV of 1 Corinthians and buried Wills, blazing a tree to mark the spot. 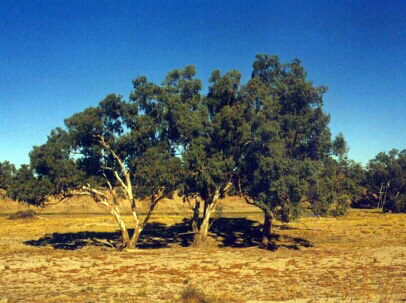 Howitt then went and buried Burke. His hands and feet were missing, but the revolver was still there, capped and rusting. Howitt wrapped the remaining bones in a Union Jack and buried him in the sand, blazing a tree nearby.

Howitt had carrier-pigeons with him to relay news back to Melbourne. However, when he opened the cage he found the birds tail feathers had been rubbed down on the journey. Ever resourceful, Howitt shot two crested pigeons and spliced their tail feathers onto the carrier pigeons. However, upon releasing the carrier pigeons they were attacked by kites, one bird being killed, two disappeared and the fourth landed on the ground under a tree and refused to move.

Howitt finally exhumed the cache under the Dig Tree and discovered the various notes and journals left by Burke and Wills. Howitt then returned to Menindee with King and news of Burke and Wills fate.

In Melbourne, the Exploration Committee had decided to send an expedition to the Gulf in case Burke was trapped on the northern shore. They sent Frederick Walker overland from Rockhampton to the Albert River and Captain Norman aboard the HMCS Victoria to the Albert River.

Queensland and South Australia also mounted their own rescue and relief operations.

The South Australian government placed John McKinlay in charge of the South Australian Burke Relief Expedition. McKinlay left Adelaide for the Cooper where he heard of the grave of a white man. He found this grave at a place he called Lake Massacre. McKinlay believed the body to be that of Charley Gray and from interviewing local Aborigines, thought Burke and Wills had been killed and eaten at the lake. Although he later found out this was not the case, there is still speculation today about whose body McKinlay found and where Gray is buried.

McKinlay then went on to follow Burke's track to the Gulf, discovering the bones and saddle of Billy the horse at the Diamantina. When McKinlay got to the Gulf, he discovered the HMCS Victoria had already left, so he walked across Queensland to the east coast at Bowen. This journey covered over four and a half thousand kilometres and took just over a year.

The Queensland government placed William Landsborough in charge of the Queensland Relief Expedition. Landsborough sailed aboard the Firefly to the Gulf. From there he rode south, naming the Barkly Tablelands and the Georgina and Gregory Rivers, before travelling via the Flinders, Barcoo and Warrego Rivers, reaching Melbourne in October 1862.

These five relief expedition explored vast new areas and contributed immensely to the understanding of the arid areas and paved the way for sheep and cattle graziers to opening up new runs.