The news of John McDouall Stuart's return to Adelaide reached Melbourne on the 28 September 1860. At a meeting of the Exploration Committe on the 13 October they decided to forward the information to Burke. Despatches were ready by the 18 and they were sent to Superintendant Foster in Swan Hill. Foster sent Constable Lyons after Burke with the news.

Lyons left Swan Hill on October 25, stabled his horse at Talbett's in Kyalite on the 26 October and at Peter Young's in Balranald on the 27 and 28 October. He arrived in Menindee on the 5th November to find that Burke had already left and was two week ahead of him. Lyons left Menindee on the 10th November with Alexander McPherson and Dick, the aboriginal guide.

Their horses knocked up in the waterless country around the Gray Range near Noccundra and Lyons and McPherson nearly died before being rescued by Peter, Belooch and Dr Beckler. The story of their rescue is told in:

An extract of this dramatic tale is included here:

Lyons was the first policeman in Lilydale and in later life was constable in charge of Eltham police station. He died in Eltham on 19 August 1899, aged 75.

Where Lyons went on the expedition 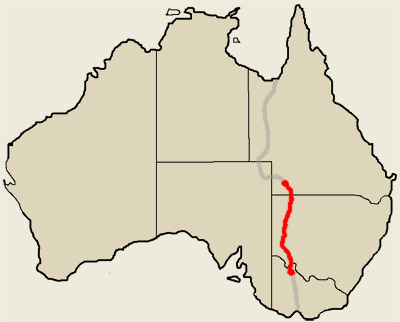