The Fifth Burke and Wills Historical Society 'Gathering' will be held on 21 April 2011 under the shade of the Dig Tree on the banks of Cooper's Creek in remote south-west Queensland. The Society will meet on 21 April 2011, exactly 150 years to the day that Burke, Wills and King returnedfrom Carpentaria to the Depot Camp to find that Brahe and the Depot Party had departed nine hours earlier.

We had hoped at the time of this, our latest update, to have been able to tell you all of some firm plans and agendas that we had been able to put into place for our proposed gatherings.

Unfortunately we have continually had to postpone our plans for a trip to the site, meetings with local Council and stakeholders and associated plans to finalise our arrangements in terms of specific venue (ie campsite for the BWHS attendees), planning for any day trips or even for the proposed “walk in” to the Dig Tree site on the evening of 21st April and so forth.

Given the current road conditions, weather patterns and Bureau of Meteorology prognosis, it appears unlikely that we will be able to organize what we had hoped for the 150th Anniversary celebrations on April 21st 2011 (and surrounding dates). We have been severely hamstrung in our plans to try to provide ablution (shower and toilet) facilities for the site and without substantial planning and site examination/selection, it seems unlikely that we will be able to address this and other planning issues. Even were the weather to be fine for the critical period, there is no guarantee that a large body truck or semi trailer will be able to access an appropriate site to unload such a facility without becoming a victim of boggy ground.

There is little doubt that provided the site is accessible by 4WD at the time of the anniversary, there will probably be a significant number of diehards, myself included, who will find our way to the site for the occasion - but the message to all of us is clear – do not plan the “holiday of a lifetime' as it may not come to fruition and may even become the 'enforced entrapment of a lifetime' should we somehow manage the pilgrimage to the site and be presented with more significant rain events.

So at the moment the situation is as follows:

So in closing I am genuinely sorry that the situation in which we now find ourselves has eventuated. Time and again we have been on the cusp of travelling to the site for the necessary meetings and to make the necessary arrangements but have repeatedly had to postpone due to the weather. There is only one question that springs to the fore in my mind as I ponder the whole situation,

”What would Burke and Wills have done in this situation?”

We will be in touch as time progresses and the prospects for the gathering become clearer.
Best regards,
Richard Cork,
Vice-President,
Burke & Wills Historical Society

This event is organised by
THE BURKE & WILLS HISTORICAL SOCIETY (Inc.)

More details of the 2011 Gathering The Burke & Wills Historical Society 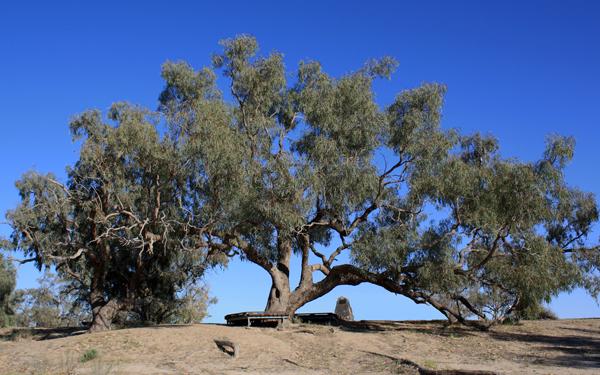